And Now For Something Completely Different; Sacrifices and Priests

I’ve never prided myself on being a biblical scholar, but these days I do find myself studying each week’s Torah (The Five Books of Moses) portion in order to prepare short “Divrei Torah” (literally, “Words of Torah;” lessons or sermons based on the portion of the week).  I am often asked to speak at Sabbath and High Holiday services at Hillel.  The books of Genesis and Exodus are easy.  They are filled with drama and family conflict.  Genesis begins at the beginning (…In the beginning God created…) with creation of the world followed by great C.B.DeMille-type stories of Noah and the flood, Abraham almost sacrificing his son Isaac, Jacob and Esau fighting over and tricking Isaac out of the father’s blessing and the first son’s birthright, Joseph, who’s brothers throw him in a pit and sell him, then slavery in Egypt and Moses receiving the Ten Commandments and leading the Hebrews for forty years in the wilderness.  Great stuff, no?  Anyone could relate these conflicts and experiences to modern-day life.


But, just when one might begin feeling comfortable sermonizing on each week’s section of the Torah, we come to Leviticus.  Leviticus goes on and on with laws regarding institutions that no longer exist; sacrifices and the Jewish priesthood.  It has always seemed to me that this is the book we skip or at best skim.  I’m thankful that we are no longer a People who brings animals to the tabernacle or Temple so the priests can slaughter, sprinkle blood, and burn them up.  What kind of deal is that?  Nothing to learn, not even an Oneg afterwards.


Last week we attended Sabbath services at our local synagogue, Beth Shalom.  Lana E. led the service and gave the sermon, based on the first chapters of Leviticus.  I will forever be in her debt.  She demonstrated a different way of understanding biblical sacrifice and the priesthood.  Here’s my take on her words.


It may be difficult for us to empathize with our ancient ancestors because we see them through 21st century eyes.  Of course their practices seem at best strange to us.  But consider that Moses had just taken about 400,000 Jews out of Egypt, out of slavery.  They are no yet a People.  They do not know what it means to be moral, to be responsible, or to be accountable, at least not in a nation kind of way.  Neither does this People Israel have the leadership to show the way.  Lana taught that in order for the Jewish multitude to become the Jewish People it had to be taught how to acknowledge life’s experiences, both positive and negative.  The institution of these several types of sacrifices did just that.  There was a sin offering, a meal offering, a peace offering, a guilt offering, etc. The sacrifice was the action which taught our ancient ancestors that behavior was important and needed to be acknowledged.  Today if we sin we ask for forgiveness (Al Chet on Yom Kippur), if we wrong someone we ask for their pardon, if we fell blessed we recite Sh’Hechianu.  We try and repair the negatives and appreciate the positives.  A slave nation had to be taught right from wrong, that behavior was important, and that we should appreciate life.  A system of sacrifices teaches a People to observe, appreciate and acknowledge.


What of leadership?  Leviticus is crammed full of instructions for the family of Aaron, Moses’ brother.  They took on the duties of the priesthood, caring for the sacrifices that took place in the Tabernacle in the wilderness and the Temple in Jerusalem.  It seems more reasonable to understand that where no leaders have existed, and where they are desperately needed, a manual of operations for new leaders is a must.  In this way, Moses commands each detail of dress, behavior, and ritual to the fledgling priests.  They couldn’t Google, “vestments” to find out what a priest wears to work.  There were no sacrifice instruction books to refer to.  Had there been a Hebrew Union College back in those days, our priests might have studied there for five years and learned how to “operate” as leaders in the Jewish community.   They had no rabbis’ manuals to tell them how to help the people celebrate good things in their lives or make amends for wrongs that had been done. Leviticus is the manual.


Wow Lana.  Thank you.  You gave me so much to think about last Friday night.  I am so glad I didn’t stay home and watch Blue Bloods.

If you don't like the weather in Indiana just wait a few minutes... 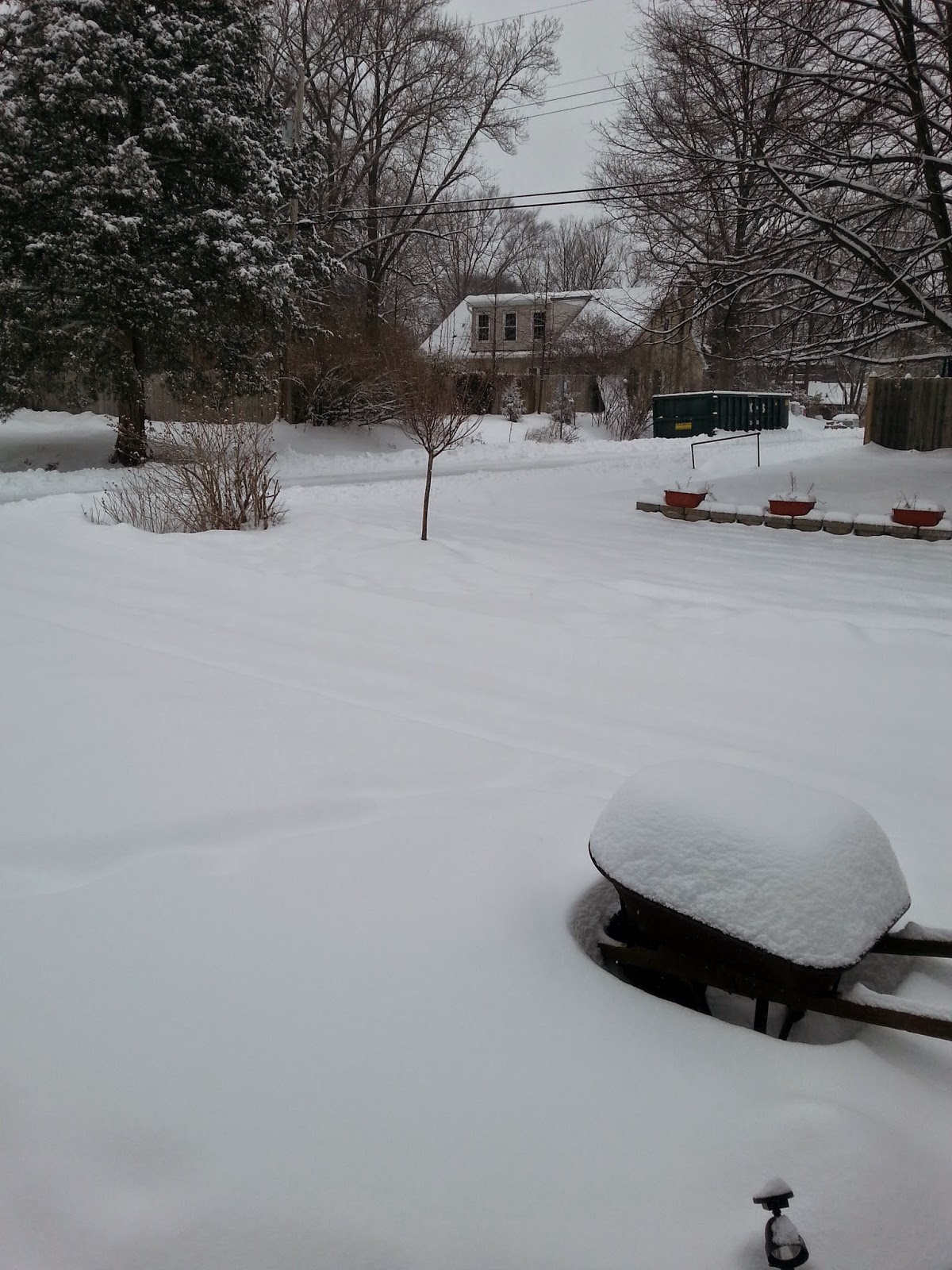 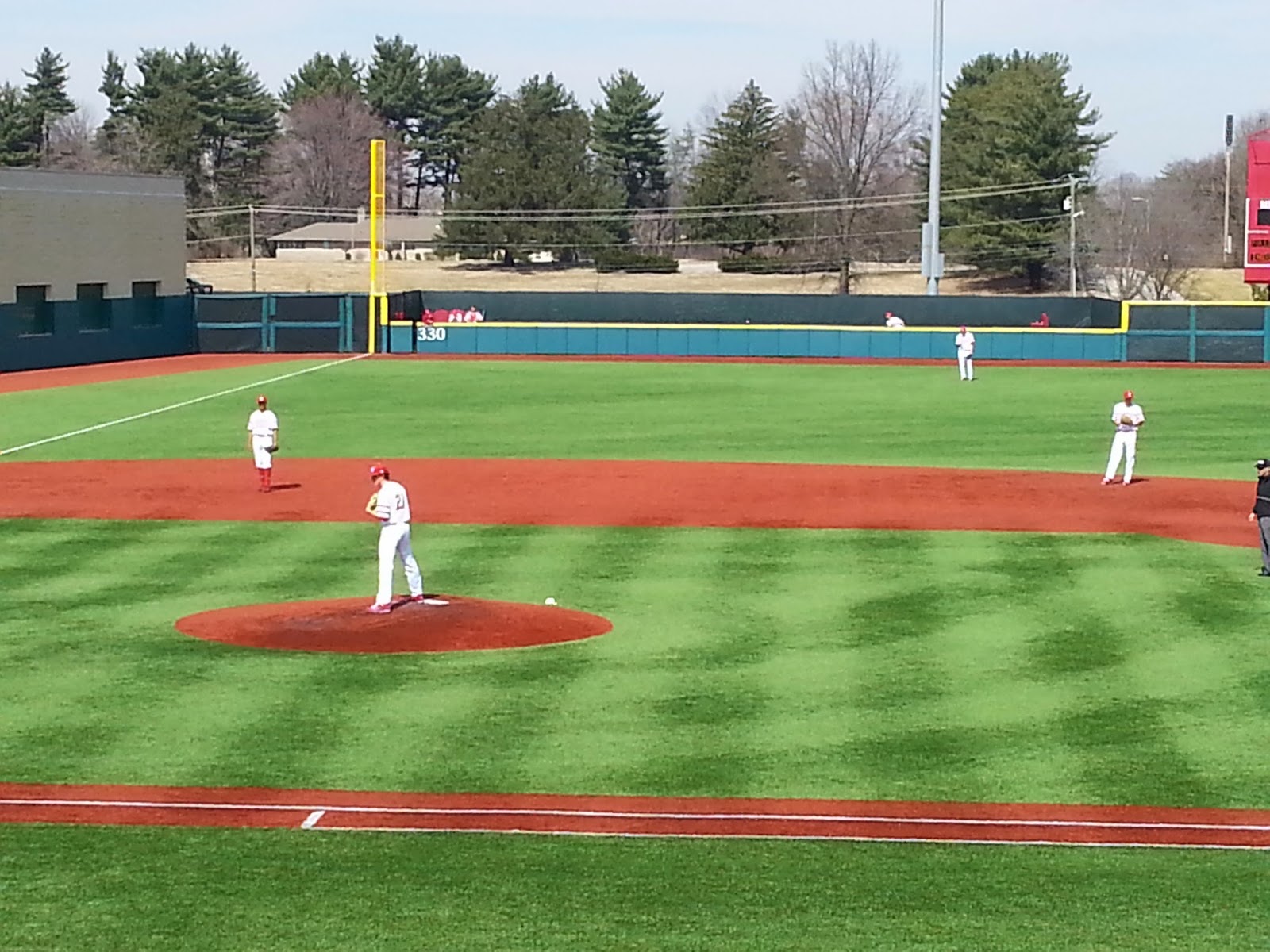 When I was a kid I hated Hebrew. I remember my mother sending me to an orthodox after-school Hebrew class, but after a short while I refused to go. I wanted to play baseball (same thing kept me from piano lessons). Now that I think of it, I am surprised
that my parents didn't insist. No, they let me play ball.

Throughout my childhood I successfully avoided Hebrew classes. As a camper at Union Institute in Oconomowoc, in the late 50’s, there was no Hebrew to speak of. So,
no problem. But later on, during my staff years, from 1963 to 1974 Hebrew became an
integral part of the camp’s program. I was always able to find something that had to be
done during “Ivrit.” I remember talking Jim Marx, the camp maintenance person, into
teaching me to drive the tractor. That was my major out of Hebrew. Since I was the
only staff member who knew how to drive it, I was usually out mowing, clearing, doing
something to some part of the back little-used areas of camp. Funny, I always needed
to do that work during Hebrew. I also learned how to take care of the docks and all of
the boats. I remember negotiating with the camp Director and saying that I’d give up my
free hour to work on these projects but they needed more attention than a mere hour a
day. I asked if I could use the Hebrew hour in addition. I think the he was happy that
someone wanted to help Jim Marx. And so I was home free; no Ivrit (Hebrew).

That all changed in 1969. Rabbi Allen Smith convinced me to go to Israel for the school
year and attend the Hayim Greenberg Institute (Machon Greenberg). There I learned
Hebrew five hours a day, five days a week. My teacher, Ephraim, an Argentinean/
Israeli proved to be a creative and engaging instructor. He spoke no English. It was
“Roc Ivrit” (only Hebrew) in that class, and all of it conversational Hebrew. Learning
Hebrew in Israel was the way to go, but my roommates at the Machon were a major
factor as well. I lived in a suite of rooms with eight boys from Argentina, Columbia,
and Ecuador. They spoke no English, I spoke no Spanish. We had to speak Hebrew
all that year. Every word, every expression I learned in Ulpan (conversational Hebrew
class) in the morning, I used at home in the evening. I was the only North American
living with South Americans and my suite-mates kind of adopted me. They took me
along to play soccer on the weekends (I was obviously the weakest player…unless I
played goalie (remember all those wasted years playing baseball), taught me how to
play their brand of poker, introduced me to several bars in Jerusalem, etc. And it was
all in Hebrew.

In 1972 Juca and I returned to Jerusalem for a year at the Hebrew Union College. I was in the rabbinic program. I made it into one of the higher classes because my Hebrew was pretty OK. But I could hardly read it, and had virtually no biblical or liturgical
Hebrew at all. I spent a good part of that year taking extra tutoring just to be able to
read out loud. That was no easy task for me.

But in January of that year I learned that I really could speak the language. Jerusalem was hit with a major snowstorm, 9 or 10 inches. We had just bought groceries andordered them to be delivered to our apartment in Rechavia. They never arrived. I
remember going next door to our neighbor and asking to use the phone to call Ha
Mashbir, the grocery to see what had happened to our food. For fifteen minutes I
argued with the manager of the store over the phone. When I got off the line I realized
that I had done so all in Hebrew. That convinced me that I could really speak.

Over the years I spoke little Hebrew, just some to the Israelis who came to camp each summer. I infrequently led worship services so I wasn’t practicing like my HUC classmates who were working in synagogues and reading prayers and Torah every
week.

The irony of it all is that now I am a Hebrew teacher. That’s right. The kid who never went to Hebrew is now the teacher. A few years ago our Hillel Director here at Indiana University asked me if I would teach some of the adults in her conversion class to read
Hebrew. I agreed. That class is still meeting three years later along with four other
classes of adults all learning to read Hebrew and to understand the language of the
prayer book. In the process I’ve learned a lot too. It certainly has been good for my
Hebrew and things that I learned forty years ago bubble to the surface more often than
I would have ever have imagined. My students very much like our classes (or they
would have been long gone). Mostly I’ve learned that I love teaching Hebrew. Who
would have thunk it? I always loved being able to speak Hebrew, but never imagined
that I’d thrive teaching reading and classical Hebrew.

I should have taken the Hebrew and piano lessons when I was a kid. Oh well, I was a pretty good baseball player.